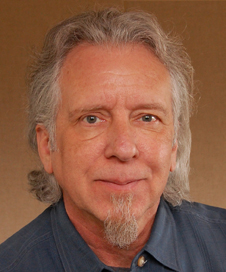 Aarin Richard is an American Indian art appraiser in Santa Fe, New Mexico. He has been immersed in the field of historic Native art and antiquities for the past 28 years as a dealer, consultant, broker and collector. His company, Richard & Associates Art Appraisals offers qualified appraisal services for the purposes of charitable contributions, estate planning, equitable distribution, capital gains and gift tax, insurance coverage and damage claims. A member of the International Society of Appraisers, all appraisals comply with the Uniform Standards of Professional Appraisal Practice (USPAP) and meet IRS requirements for Federal reporting.

As a dealer, collector and former gallery owner, Aarin has handled and studied thousands of antique American Indian art objects. This accumulated knowledge of the material and marketplace, combined with in-depth research, is the cornerstone of his company. Identification, authentication, evaluation and market analysis are all part of the complex process used by Richard & Associates to prepare accurate appraisals that are tailored to each individual client’s needs.

Aarin’s journey into Native American art and culture started early-on as an avid collector. In 2002, he launched Aarin Richard Tribal Art, exhibiting at the major trade shows in the West and Southwest. He worked extensively within the dealer network and collector base and wrote articles such as Native Pigments Of The Plains Indians and The Reds Of Early Navajo Weavings. In 2009, Aarin joined three prominent dealers at The Spanish & Indian Trading Company, a well known American Indian art gallery in Santa Fe. This eventually led to the creation of the Aarin Richard Gallery, which featured 19th century antiquities and contemporary paintings. He then created the Historic American Indian Art Radio Show, which featured in-studio guests with fellow dealers and scholars, discussing the Native art and history of 19th century America. The show was broadcast live over the internet.

Through all these activities, Aarin has developed an extensive network of associates with expertise in the field, available to assist on assignments when further authentication is required. Choosing an American Indian art appraiser based in Santa Fe offers the advantage of location – it is the knowledge center and home to dealers, galleries, collectors, museums and research experts.

Prior to relocating in Santa Fe, Aarin lived in Los Angeles, California and worked as a Media Designer for Walt Disney Imagineering and Sony Development, leading media production efforts on projects worldwide.